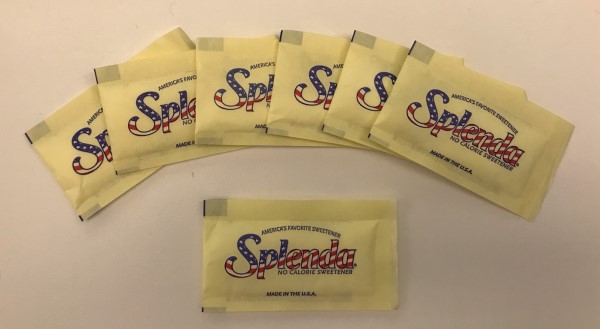 ⇦ BACK TO SEARCH

Splenda includes less than 1 gram of net carbohydrates per 1 packet (1 gram), which makes it a type of sweetener that is suitable for both levels of the ketogenic diet: Standard and Low-Carb. This sweetener is keto-friendly and can be included in the ketogenic diet.

The ketogenic diet, also known as keto, is a popular diet that balances carbohydrates, fats, and proteins in the following daily formula:

One of the good ways to follow a ketogenic diet is to stay carb conscious. When your mind is in the keto-mode, it keeps a positive understanding that there are many simple ways to reduce carbs in your diet. Like asking for a lettuce wrap instead of a sandwich with a bun. Or start adding other keto-friendly alternatives to your coffee or tea instead of traditional sugar.

The Keto diet involves going on low, no higher than 30 grams of net carbs per day to almost 0 grams. Fat can make up to 80% of your daily consumption of macronutrients. This will cause your body to enter a state of ketosis. In this state of ketosis, human body is more likely to use fat for energy!!